Skip to content
This site has limited support for your browser. We recommend switching to Edge, Chrome, Safari, or Firefox.
Free Shipping On Orders Over $35!

Women's Equality Day—What It Is & Why It Matters

Spring Into Action With Outdoor Sports!

Spring is in the air! The birds are chirping, snow is thawing, and buds are just starting to bloom across the country. It’s the perfect time of year to build girls up by taking them on an outdoor adventure.

Just about all sports are great for girls, but outdoor sports hold a special place in our hearts because of the adventure factor. Nature adds an element of daring and surprise to any outing, so it’s perfect for teaching girls to be courageous and bold. Here are a few of our favorite spring adventures for girls. 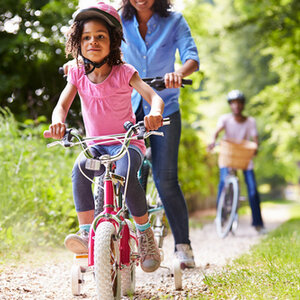 Cycling is great for girls because you can travel long distances relatively easily. For a spring challenge, try road biking to a destination for a picnic lunch (via a route that feels safe to you, of course), or doing some light mountain biking to a vista point. For more info about biking with girls, check out our guide. 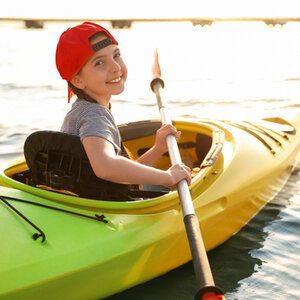 Most people think of kayaking as a summer sport, but it doesn’t have to be. Kayaking feels a bit more adventurous in the spring and can be a lot of fun even when it isn’t hot out. Just bundle up in quick drying clothes and a life jacket, and head to a lake near you. Learn more here. 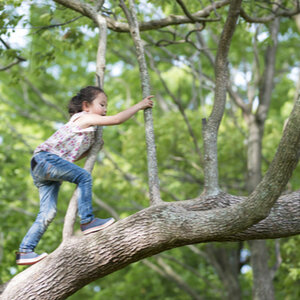 Hiking makes every list we ever make because it’s fun, inexpensive and accessible. If you’re looking for a truly adventurous hike, consider going out in the rain instead of avoiding it. Just don some rain gear, find a trail that isn’t too muddy and go for it! Check out our site for more info about taking girls hiking.
Spring weather can be unpredictable and there’s an element of risk in every outdoor sport, so always check conditions and talk to local experts to make sure things are safe before heading out.

Women’s Equality Day is the day we commemorate a momentous step our country took towards gender equality—giving women the right to vote. As we continue to work towards a more equal future, today is important to women, girls, and society as a whole. Here’s a little more about the day and why it matters.

Women’s Equality Day commemorates the adoption of the 19th amendment in 1920—a mere 101 years ago, and 144 years after the US declared independence from Britain. Before 1920, women couldn’t vote at all. In 1972, President Richard Nixon made Women’s Rights Day (now Women’s Equality Day) a holiday, and every president since has issued a similar proclamation.

Women’s Equality Day is important because it’s a day for everyone—not just women and girls—to remember how hard women have fought for equality, and how much work there is still to do. Women are still struggling for equality in many ways. Here are a few of them, as outlined by Marie Claire:

For more info and 20 more ways women are still struggling, check out the Marie Claire article.

Thanks for taking a moment to learn about this important day with us.

Get Tips & More Via Email

We respect your privacy. When you submit this form you are also signing up for occasional emails from Hopscotch Girls.

Get Tips & More Via Email

We respect your privacy. When you submit this form you are also signing up for occasional emails from Hopscotch Girls.

No more products available for purchase

Your cart is currently empty.